What could happen to land reform over the next 15 years?

What is the future of land reform in South Africa? Can the process be accelerated? Will it produce equitable outcomes? Whose interests will be served? What will be the impact on food security and South Africa’s young democracy?

These are some of the burning questions asked across the country and about which there are widely divergent views – some optimistic, some ominous.

Land Reform Futures: Four scenarios for land reform in South Africa contains four scenarios about what could happen in the context of land reform in South Africa by 2030. These are not predictions of what will happen or recommendations about what should happen. Instead they are narratives of what could happen. The stories are designed to trigger an open and constructive search for strategic responses to thorny questions of land reform. They aim to provide a common framework to start conversations, debate and decision-making about how to adapt to anticipated challenges and opportunities, or how to shape the future of land reform.

The four scenarios for land reform

The four scenarios tell stories of how South Africans might respond to the challenges and uncertainties they face about the future of land reform. They are differentiated by the world views of different stakeholders about the meaning of land. In each scenario, stakeholder action influences the character of land reform and shapes who ‘wins’ and ‘loses’ in the land reform stakes.

The four scenarios are: 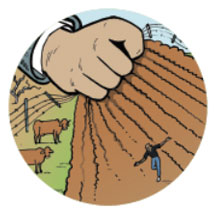 “A story of land as power”

This is a story about land reform being captured by politically connected interest groups who benefit at the expense of ordinary people. 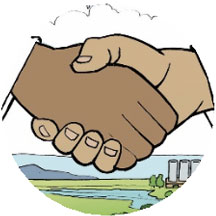 “A story of land as a productive asset”

In this story, land reform changes the racial profile of concentrated commercial farming without broadening ownership to small farmers and local communities. 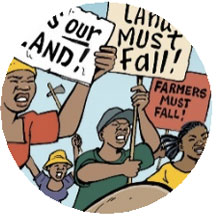 “A story about taking back the land”

Deepening hardship and hunger drive a countrywide campaign of illegal occupation and invasion, eventually leading to confiscation without compensation, made possible by a change in the Constitution. 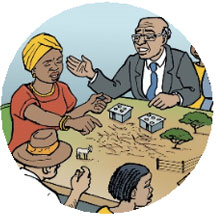 “A story about sharing the land”

This is a story about an inclusive approach to land reform with a pro-poor orientation.

Why and how were the scenarios developed?

The scenarios were developed to trigger an open and constructive search for strategic responses to the future of land reform.

A scenarios team was convened to think about the future of land reform and included people with widely differing perspectives. They were invited to see if they could agree on a handful of alternative scenarios about how land reform might play out over the next 15 years.

The scenarios do not represent the views of any individual or organisation. Rather they are scenarios that the scenarios team agreed are plausible and could unfold. They contain unresolved dilemmas that invite deeper debate and discussion.